The unanticipated urgent evacuation of 76,000 Afghans following the United States' withdrawal from Afghanistan in August 2021 created the need for a nationwide refugee resettlement response. After years of divestment in the federal refugee resettlement program by the Trump Administration and a shrinking of the number of arrivals from nearly 100,000 annually to just 15,000 in 2019, resettlement providers across the U.S., including the International Institute of New England (IINE), scrambled to prepare to support the huge wave of Afghan evacuees over four short months.

IINE reached out to Massachusetts and New Hampshire communities to find and secure housing, reestablish food and basic needs partnerships, reconnect with employers, and recruit over 300 volunteers to help prepare to receive Afghan arrivals. Through these efforts, we were able to provide urgent and critical resettlement services to 542 Afghan evacuees. As we approach the one-year anniversary of resettling our first Afghan family on October 13, 2021, we have reflected on the significant changes to the refugee resettlement program represented by the Afghan resettlement effort as well as an unprecedented global displacement crisis worldwide.

In 2015 under the Obama administration, IINE resettled 621 refugees. By 2020, our numbers had plummeted to 74 because of the federal shift of funding, resources, and commitment away from refugee resettlement. Last year, the Biden administration ushered in a renewed humanitarian commitment to refugee support, but because the federal refugee admissions program was so decimated, the administration had to establish alternative programming to meet the time-sensitive demand for services. These alternative channels, or complimentary pathways, offer new pipelines for vulnerable populations to gain access to protection in the U.S.

By the end of this fiscal year, the U.S. will have supported the resettlement of over 150,000 individuals through the traditional refugee admissions program and complimentary pathways like the Operations Allies Welcome program for Afghan evacuees and a new Department of Homeland Security program, Uniting for Ukraine, which provides temporary parole for Ukrainians with a private sponsor. IINE has been serving arrivals in each of these service channels. We have worked deeply with host communities to find new ways to identify housing and support for arriving populations, and we are piloting Resettle Together, an innovative approach to community sponsorship through which community groups formally contract with IINE and partner in providing resettlement services to arriving families over the course of their first year.

The introduction of alternative models of resettlement and pathways that complement the traditional admissions process is an important step in the evolution of the federal program to respond more effectively to the unprecedented 100 million people worldwide who have been forced to flee their homes.

Our ability as a nation to provide a welcome and safe harbor to migrant populations pays incalculable economic and cultural dividends. Yet our commitment cannot end at developing new pipelines for individuals and families. As we experienced resettling Afghan evacuees, we also need to invest in the unique supports each resettling population needs when making the adjustment to U.S. life. To shed the effects of trauma and to capitalize on their new opportunity, newly resettling populations need organized, effective, and customized services. But as we are finding ways to rapidly expand services to meet humanitarian demand, we continue to seek investment in deeper ways to support each population's unique needs. 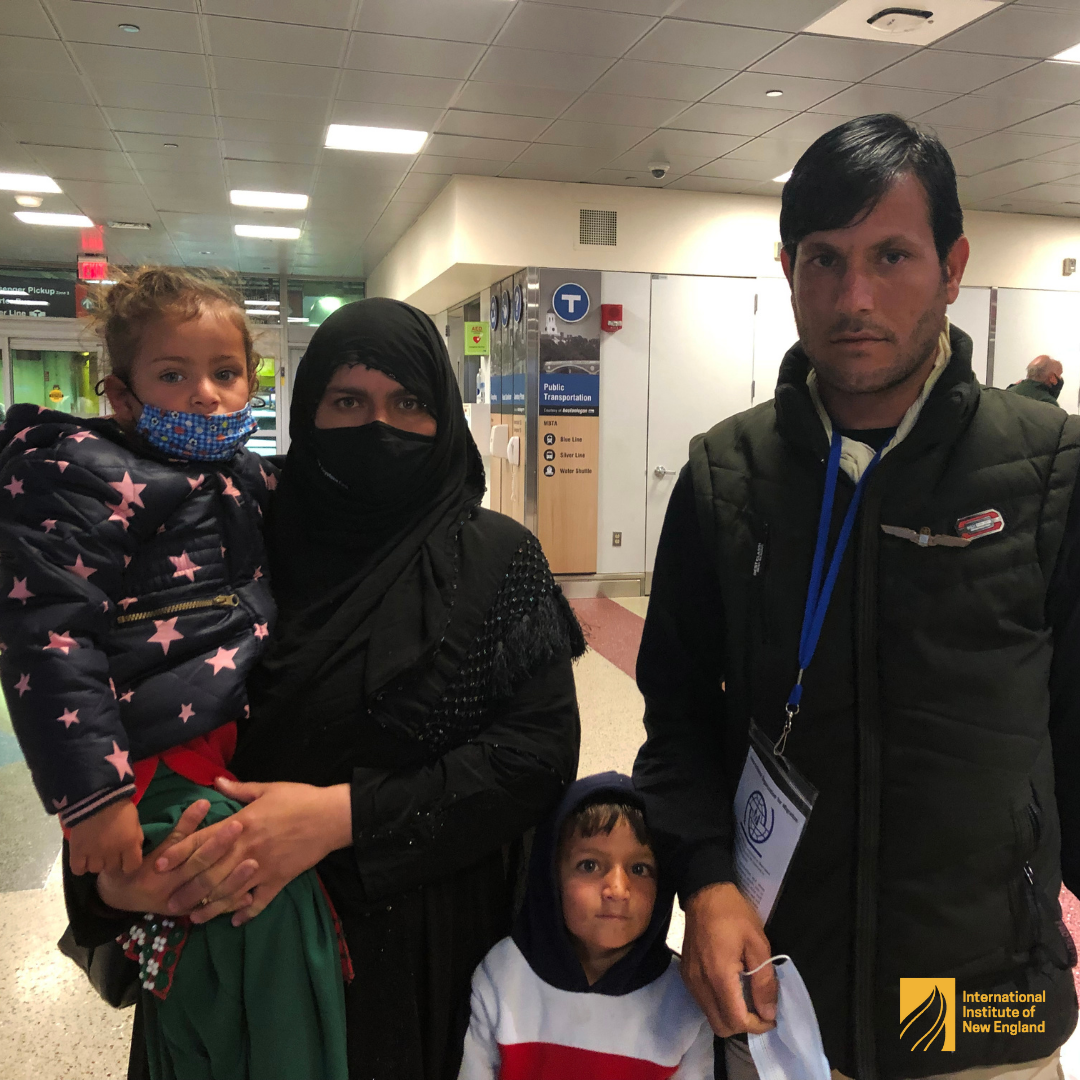 Xan began her career at IINE in 2008 as IINE’s Director of Community Services, managing the Boston site’s refugee resettlement program, various victim services projects, and behavioral health services. In 2014, Xan was promoted to the dual role of Head of Strategic Direction, Programs and Boston Site Director, and in 2015 she moved to the role of IINE’s Chief Program Officer, overseeing program management and growth in IINE’s three sites in Boston and Lowell,  Massachusetts, and Manchester, New Hampshire. In this role, Xan was responsible for helping reshape IINE’s overall strategic program plan.

As a Licensed Independent Clinical Social Worker in the Commonwealth of Massachusetts, Xan specializes in non-profit resource and program development. Xan holds degrees from Georgetown University and the University of Iowa, where she received her Master’s in Social Work. Xan lives with her husband and two children in Jamaica Plain, MA.