The decision to move from one’s home, even in the face of considerable danger, is a choice no one wants to make. Providing appropriate and thoughtful support for those who do displace is one of the best things that can be done to help them maintain autonomy and dignity. Whether they are internally displaced people (IDPs), who stay in their own country, with a familiar social system and the right to work, or refugees, who have crossed an international border, and may face language or cultural barriers, and struggle to navigate a foreign health care or educational system, the challenges will feel overwhelming.

A traditional response to displacement is to create camps for refugees and IDPs. This keeps them together and makes it easier for humanitarian organizations to provide services. Life in camps bring their own challenges on top of the stress of being displaced. They are often set up in a hurry and located in areas that are not ideal, such as flood plains or far from commercial centers. They leave a lot to be desired (hot showers, private bathrooms, consistent electricity for example) by the inhabitants which causes additional stress.

Often the camps evolve into longer and longer timelines as the conflict or crisis protracts, creating tension both within the camp as well as between the camp and local hosting community as resources get stretched thinly. Despite an awareness of the critical role that hosting communities play in supporting a displaced population, humanitarian assistance is usually targeted more torward those who are displaced than the hosting community, creating a dichotomy between the two. Even when refugees are settled in small groups within a hosting community tensions can arise. For example, Syrians refugees displaced to a conservative community in northern Jordan early on in the Syrian civil war had a tendency to relax by socializing in the streets in the evenings. Having a bunch of foreigners hanging out in the streets every night made hosting community extremely nervous because they saw this as the behavior of untrustworthy people. Cross cultural explanations and increased interactions eventually helped both parties to accommodate the other and ease the tension.

One positive thing that seems to be happening for those fleeing Ukraine is that many are able to join family, friends and host families in surrounding countries instead of staying in mass housing like a camp. Host families can provide individual attention in navigating local systems and customs and can often provide a higher standard of living than a camp setting with more privacy for those dealing with the stress of having left their former homes and all that is familiar behind. They can help the displaced to integrate and reduce tension in the community while maintaining a higher standard of living than camps usually offer.

Acknowledging that most hosting communities across the globe are not likely be as well-equipped to support displaced individuals as communities in Europe, perhaps humanitarian or development focused organizations can learn how to better support host households so that the needs of both the hosts and displaced guests can be met. In an area that has high unemployment perhaps host families could receive priority access to job and educational opportunities while the displaced individuals they host receive food assistance that also reduces the strain on the host family to feed additional mouths. Expanding and improving the local school so there is space for displaced children can integrate well with the hosting community may be more cost effective than constructing temporary schools in a camp for use by displaced children only. Creating such win-win situations will likely prove better for everyone’s mental health.

Increasingly, humanitarian assistance organizations are starting to use data to help predict where displacement is likely to occur, for example, by looking at climate change processes. Combining these predictions with needs analysis in potential hosting communities before displacement occurs offers the opportunity to make humanitarian assistance more humane for everyone involved. Displacement is a challenge that will likely increase in the coming years. Using predictive models and preparing in advance when possible can help to pave the way to an easier transition for all involved.

An IDP camp in Kurdistan

Anne Rapin was inspired by her service as a Peace Corps Volunteer in Binka, Cameroon, from 2004 to 2005, to earn a Master of Public Health degree from Tulane University. After working on public health research in medically underserved areas of New York City for four years, she endeavored to shift to an international setting. From 2013 through 2019, Anne served as a program manager for various humanitarian aid projects in Jordan, Bangladesh and northern Iraq. In parallel to her schooling and work since returning from Cameroon, Anne co-founded and serves as Vice President of A2Empowerment, a Massachusetts-based, all-volunteer nonprofit that awards high school scholarships to young women in Cameroon. Currently Anne works with USAID’s Bureau of Humanitarian Assistance in Washington, DC. 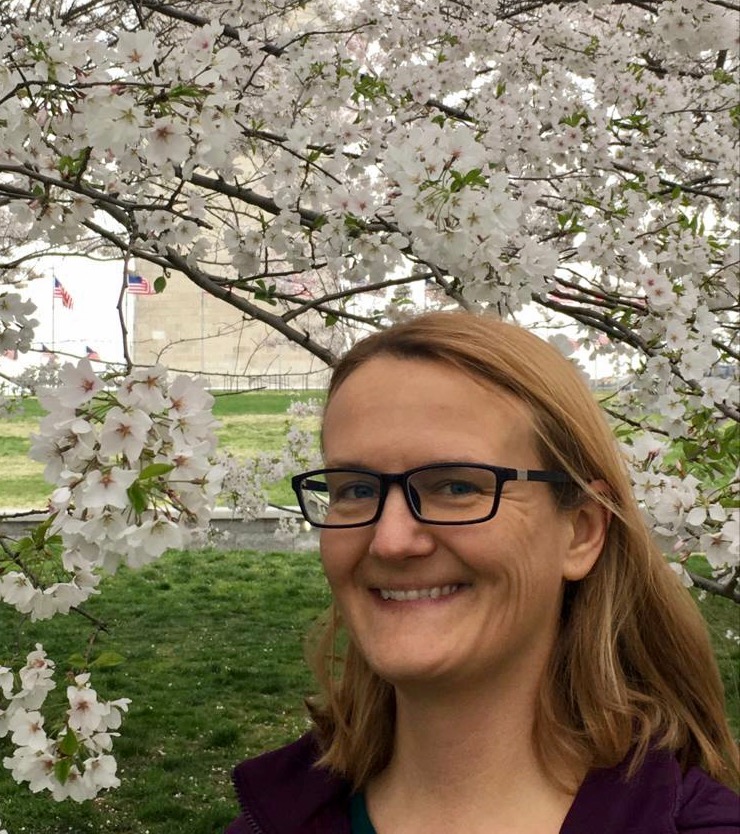