In 2019, women in Sudan led an extraordinary movement against 30-year dictator Omar al-Bashir. Following several months of nonviolent protests and civil disobedience, Bashir resigned as president and was replaced by a Military Transitional Council (TMC). Negotiations between the TMC and the Forces for Freedom and Change (FFC), a broad political coalition of anti-Bashir groups, led to the establishment of the Transitional Government of Sudan. The collective head of this government, known as the Sovereignty Council, was composed of six civilian and five military representatives. The head of the armed forces, General al-Burhan, was charged with serving as the chair of the Council until a civilian representative was scheduled to take over in November 2021.

Despite playing such a critical role in the revolution, women have been largely excluded from the transition by both the military and civilian factions. Only two women were nominated by the FFC to serve on the Sovereignty Council, despite active participation in the preceding processes. Female political leaders and activists have struggled to gain a place at the table in political debates, as well as in leadership positions within their party or organization. The flaws in the transition came to a head on October 25, 2021 when the military dissolved the Transitional Government and arrested civilian leaders. Despite attempts to salvage the transitional process, the civilian prime minister resigned. The military maintains that the transition continues toward democratic elections in 2023; however civilian groups are split on whether to engage with the military. Many groups are calling for the military’s complete exclusion from any reformed transitional government.

Exclusion from the transitional process has not discouraged women’s groups from continuing their efforts in political engagement. They have stepped up during the current crisis to reassert their position in Sudan’s political movement and strengthen the push towards democracy. Since October 25, public rallies supporting the civilian movement have been held throughout the country with significant engagement and leadership from women. Despite historical discrimination and recent setbacks, they continue to carve space for themselves in the transition to democracy.

Since 2007, Conflict Dynamics International has worked to support the people of Sudan, their political representatives, and civil society groups to develop systems that can effectively reconcile and accommodate different political interests. In response to direct requests for support, Conflict Dynamics organized a series of workshops over the last year aimed at strengthening opportunities for women’s political participation. Conflict Dynamics’ Sudan Team worked to increase participants’ understanding of political participation and how Conflict Dynamics’ Political Accommodation Methodology can help young women promote their interests. In addition to learning about democratic processes, women also had a safe space for collaboration as they worked to craft solutions suited to the Sudanese context. Workshops were conducted both before and after the October 2021 coup and remain a useful tool for groups in the country who are continuing the fight for women’s inclusion within a wider democratic movement.

Throughout 2021, Conflict Dynamics recruited participants from across Sudan who were active in their local communities. These women brought a wide range of relevant experience as representatives of political parties, civil society organizations, resistance committees, and other elements of society including public councils, legal representation, art, and sports. The five workshops engaged 75 participants from 14 states, ranging from 20-45 years of age. The women were selected to reflect the diversity of Sudan. Young women, in particular, had proven experience working in local communities to support women in less-developed regions.

Participants have remained in close contact with our training team and have reported initial successes in putting the Political Accommodation Methodology into practice in their own communities. Participants from Khartoum and Darfur have used content from the workshops when engaging with youth groups and women’s groups. Young women in Khartoum, White Nile, Northern State, and Darfur have reported plans and activities to share their knowledge through a training of trainers in their home states. Conflict Dynamics has received continued demand in order to support further engagement with women advocates, political parties, and local resistance committees.

Sudan’s journey to democracy remains in a precarious position. The lack of civilian representation in the post-coup transitional government will require strong engagement from civil society in order to mount the necessary pressure on the military. Women in Sudan have proven their effectiveness and determination in continuing these efforts, demonstrating the imperative need for their equal participation in the democratic movement. In 2022, Conflict Dynamics’ Sudan Team will continue to work with women as they fight for their rightful place within a democratic Sudan. 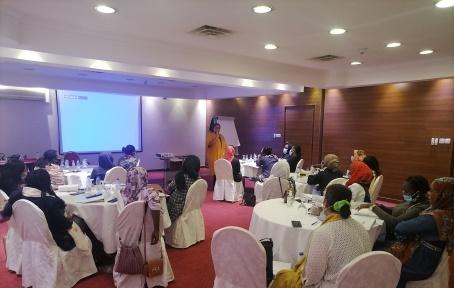 Asa Cooper is a research assistant with Conflict Dynamics International. He is currently a master’s candidate at The Fletcher School of Law and Diplomacy at Tufts University, where he studies Human Security and Conflict Resolution in Sub-Saharan Africa. His current academic focus is on peacebuilding and inclusive governance in East Africa. Prior to Conflict Dynamics and his current studies, Asa studied International Affairs in France where he worked for an NGO assisting refugees in Paris, as well as the OECD, drafting reports on development in fragile contexts. 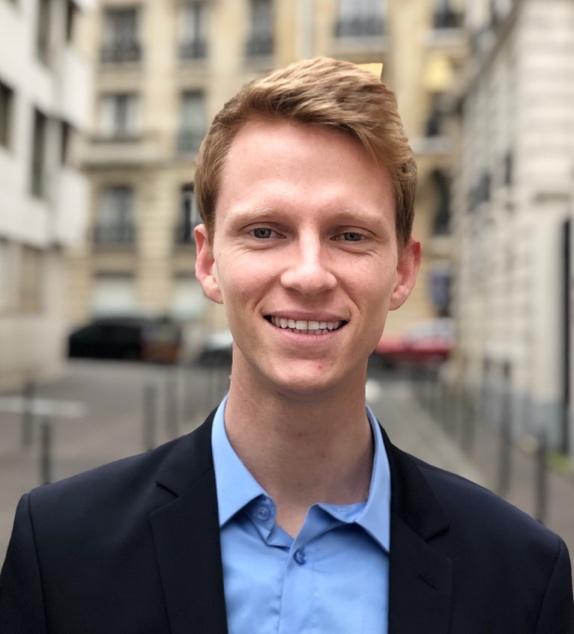